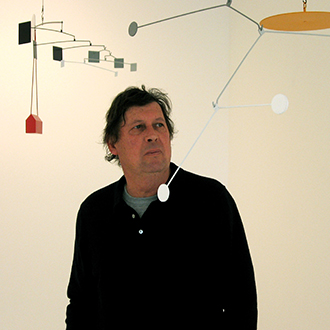 Peter D. Cole studied Sculpture at the South Australian School of Art where he was awarded the H.P. Gill Medal in 1968. Since the 1970’s Cole has es­tablished himself as one of Australia’s most renowned contemporary sculptors. He has largely lived and worked in rural areas of Australia, drawing on the landscape as a source of inspiration and research trips to Japan and India have added to his rich source material.

As public artist, Cole has made a significant contribution to the urban landscape and has received awards including the Australian National Trust Heritage Award and the Australian Institute of Landscape Architecture Award of Merit for Foundation Park, a permanent work at The Rocks, Sydney. His work is prominent in many public and corporate collections, including Parliament House, the National Gallery of Australia, and Brisbane International Airport.